How to find out processor model of your Android device?

Android
Getting root access
General information about rooting
Ways to get root access
How to find out processor model of your Android device?
How to find out your Android version?
How to install a game to Android phone/tablet
Using Wi-Fi
Using your PC (with USB cable)
How to Install Games With Titanium Backup?
Ways to fix errors that may appear when you install Android games
What's cache and where do I put it?
General questions
How to move a game from a computer to a phone or a tab
iOS
All about jailbreak
1. What’s jailbreak?
2. Cydia
3. How to jailbreak your device?
iOS 3.0—5.1.1
iOS 3.1.2
iOS 3.1.2—4.0.1, 4.3—4.3.3
iOS 3.2.2, 4.0 — 4.1
iOS 4.1, 4.2.1
iOS 5.0.1
iOS 7.0—7.x, iOS 6.0—6.1.2
iOS 8.0.2 – 8.4
Firmware versions/How to find out your iOS version?
How To Create An App Store Account?
How to set a song as a ringtone on your iPhone?
Installing games on iPhone/iPad/iPod
What country does my iPhone belong to?
QR code
What is QR Code and How to Use It?
Symbian
GPFCE emulator (Dendy)
OpenBOR engine
PicoDrive emulator (Sega Mega Drive)
ScummVM emulator
vBag and gpSP emulators (Game Boy Advance) 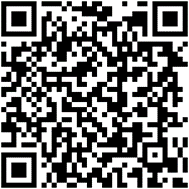 CPU-Z is an Android version of a popular program that identifies your processor. CPU-Z lets you know what processing unit you have on your Android device. Besides that you can use it to find out all the characteristics of the processor and other technical info about your device.

As you run the app you’ll get the message that offers you to save the settings. Tap Save. After that CPU-Z will open at SOC tab. 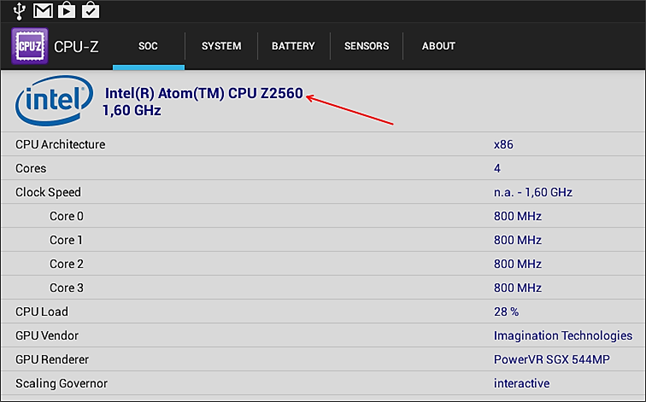 Here at the very top you’ll see processor model of your Android device and under it there’ll be its technical characteristics.
A bit lower you can see you GPU characteristics.

NOTE: Make sure your device meets game requirements before complaining that the game doesn’t work

There are some games on our website that require the ARMv6 or ARMv7 device.

Thus, ARM architecture is a family of RISC-based computer processors.

ARM periodically releases updates to its core — currently ARMv7 and ARMv8 — which chip manufacturers can then license and use for their own devices. Variants are available for each of these to include or exclude optional capabilities.

Current versions use 32-bit instructions with 32-bit address space, but accommodates 16-bit instructions for economy and can also handle Java bytecodes which use 32-bit addresses. More recently, ARM architecture has included 64-bit versions — in 2012, and AMD announced that it would start producing server chips based on the 64-bit ARM core in 2014.

The most popular GPU on Android devices

PowerVR is a division of Imagination Technologies (formerly VideoLogic) that develops hardware and software for 2D and 3D rendering, and for video encoding, decoding, associated image processing and Direct X, OpenGL ES, OpenVG, and OpenCL acceleration.

Snapdragon is a family of mobile system on chips by Qualcomm. Qualcomm considers Snapdragon a "platform" for use in smartphones, tablets, and smartbook devices. The Snapdragon application processor core, dubbed Scorpion, is Qualcomm's own design. It has many features similar to those of the ARM Cortex-A8 core and it is based on the ARM v7 instruction set, but theoretically has much higher performance for multimedia-related SIMD operations.

The Mali series of graphics processing units (GPUs) produced by ARM Holdings for licensing in various ASIC designs by ARM partners. Like other embedded IP cores for 3D support, the Mali GPU does not feature display controllers driving monitors. Instead it is a pure 3D engine that renders graphics into memory and hands the rendered image over to another core that handles the display.